What Not To Eat After Menopause? 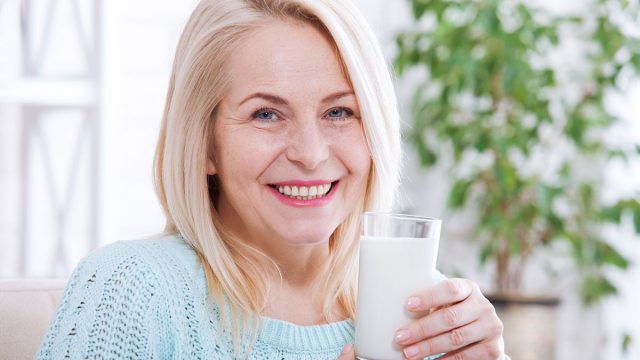 Because trust me, the foods to eat during menopause list can go on and on.

But the foods to avoid during menopause aren’t foods that would harm you and your body. No, the foods are to be avoided so that you can minimize the awful symptoms that come along with menopause.

Think about it. Spicy foods aren’t going to help hot flashes go away. Caffeine isn’t going to make insomnia get better, especially if you’re drinking it in the late afternoon or evening.

Most foods that we shouldn’t eat are self explanatory. But then there are others that don’t quite make as much sense, like why would we need to avoid fatty meats? What’s so wrong with that?

I, myself, experienced an increase in symptoms after eating some of these foods, which is why I wanted to create a guide to help my fellow menopausal women. A good menopause diet sheet or estrogen rich foods list can help, too.

Processed foods are either saturated in sodium or filled with unnecessary sugars. Some of the most delicious processed foods contain both sodium and sugar – and an excess of the two ingredients at times.

But the potato chips and the cookies and the candies taste so good, right?

Right, but that doesn’t mean you should keep them as a part of your regular diet. Plus, they trigger menopause weight gain. That calorie count really doesn’t help us out.

But anyways, why not? The answer to that question is extremely simple: Bloating. Because added salts and added sugars retain water from your body, and water retention leads to bloat. That’s an uncomfortable symptom we both don’t want to deal with on the regular.

If you want to snack on something, try going for the healthier stuff, like string cheese, peanut butter with a banana, or carrots with some hummus.

You’ll settle your stomach down and avoid the processed foods that trigger some pretty annoying menopause symptoms. It’s a win-win situation for all of us women.

Not to mention that a lot of processed foods filled with salt can actually increase blood pressure, and we don’t want unnecessary added problems during menopause.

Spicy foods are great for speeding up a woman’s metabolism, in turn helping out with weight loss. In fact, some spicy foods can go as far as helping energy levels.

But, any spicy food can get a normal person feeling flushed and sweaty. But what happens if a woman going through menopause eats something spicy? The symptoms get much, much worse.

Sweating, flushing, and other symptoms associated with hot flashes can come on rather quickly when eating spicy foods – whether it’s a small bite or a full meal.

That’s why foods for menopause hot flashes do not include jalapeno peppers and buffalo sauces, amongst other hot foods.

For example, having hot sauce during Taco Tuesday is probably an idea you should knix. If you want to spice up a dish with Red Hot hot sauce, you should probably add the ingredient at a bare minimum.

Instead, try using spices to make your dishes not so bland. Cumin, curry, and turmeric will help you out in that department, and the flavors that will come forward will likely hit just the right spot.

But I get it – it’s convenient, fairly cheap, and great for when you’re in a time crunch. What about the astronomically large amount of fat inside, though?

Fatty foods are not good for women going through menopause. Actually, they’re not really good for anyone, considering they’re a culprit of heart disease.

Unfortunately, women are at a greater risk for developing some sort of heart disease while going through perimenopause, menopause, and postmenopause.

Fast food and fatty foods also promote weight gain, and that’s one thing we’re trying to avoid during menopause, especially considering most of the weight gained goes directly to our abdominal area.

When we gain weight, other menopause symptoms can be at a greater risk to be triggered, which will really just put us in a position we don’t want to be in to deal with hormone imbalances and body changes that we don’t want around.

Instead of passing through the drive thru or heading into a fast food restaurant, try your hardest to meal prep at home. Or, if there’s a day or two out of the week you enjoy cooking, try freezing some of the leftovers.

If you have no choice but to eat a last minute meal from somewhere other than your own kitchen, try your best to choose a healthy option on the menu.

Grilled chicken sandwiches are a great choice. If you have the option, try replacing a white bun with a whole wheat bun, or get a thin wrap instead.

You don’t have to swear off every tasty beer, every delicious wine, and every cocktail you’ve ever had the pleasure of consuming.

However, it is a good idea to keep your alcohol consumption moderate, for health reasons.

I know what you’re thinking right now, what is actually considered moderate drinking? According to many health care professionals, moderate drinking means approximately one drink or less per day.

One drink per day consists of 12 ounces of beer, 5 ounces of wine, or 1.5 ounces of hard liquor.

In addition to all of these health issues, increased alcohol intake can contribute to hot flashes and night sweats, along with insomnia in some cases, due to a decrease in melatonin production..

Depression and anxiety can also be triggered if you drink frequently.

But we all need to remember that every woman going through menopause is different. The way alcohol affects one woman may not affect another the same way.

See what it does to you, then map out your limitations. If symptoms you don’t want to pop out do, then try drinking something a little less heavy, like a sangria or a white wine spritzer.

A nice, hot morning cup of coffee jumpstarts my day – what about yours?

The horrible thing about menopause is that caffeine isn’t the best beverage to consume while going through these stages.

Instead of coffee for a hot drink, transition your choice to a tea of some sort. For example, peppermint and hot ginger tea are perfect to sublimate.

If you rely on caffeine and coffee for a quick energy intake, rest assured that there’s other ways to perk up and wake up.

Try going for a nice, brisk walk. Pair it with a cold bottle of water. You’ll get some quick energy in no time.

Or, if you’re really into fitness, develop a menopause exercise plan to follow to regain your lost vitality.

Fatty meats are quite literally loaded with saturated fats, which honestly isn’t good for anybody, not just women going through menopause.

To add to the fatty meats argument, they also decrease serotonin levels. Even though greasy bacon is good, it’s clearly not that good if it makes our minds and bodies unhappy involuntarily.

Another not-so-great factor is that fatty meats contribute to weight gain, and that unwanted weight usually goes directly to the stomach area. Weight gain is something we’re trying to avoid, not achieve.

If we consume too many of these meats, we may then be susceptible to diseases like diabetes, obesity, and heart disease, especially during menopause.

Skip the greasy cuts next time you go to the grocery store and replace the fatty meats with more lean, better, healthier foods. Such foods consist of chicken, turkey, and ground beef.

You can also transition your focus from meats to fishes, like salmon or tuna. The omega-3’s present inside these fishes are also perfect at preventing cardiovascular disease.

Welcome to Martha Colton. We go through significant changes when we reach menopause. It can feel overwhelming… Let’s learn to enjoy our second spring together.
Recent Articles